What if there was a powerful substance that has the ability to both protect your body against disease and help it heal if you get sick?

And what if that same substance could help slow down the aging process, refresh your energy levels, and keep your skin glowing?

Well, glutathione is the disease-fighting, age-slowing, energy-enhancing, and detoxifying antioxidant that can do all these things and more.

In fact, glutathione is often considered to be the “master antioxidant” in your body as it has the ability to rebuild itself and other essential antioxidants, such as vitamin C and vitamin E.

Unfortunately, our day-to-day lives can drain our levels of glutathione… Whether it’s eating inflammatory foods, getting exposed to environmental toxins, or taking too many medications.

If you’re curious how glutathione can help optimize your health and overall performance, then let’s dive in…

Here’s a quick overview of what you’ll discover:

Glutathione, also known as GSH, is a molecule made of three amino acids (cysteine, glutamic acid, and glycine) and it functions as an important antioxidant and detoxification agent within the body. It neutralizes free radicals which cause progressive adverse changes such as membrane damage, reduced enzyme activity, and receptor alterations.

Glutathione is also involved in many metabolic processes, the activation of enzymes, the repair of DNA, and the regulation of the cell cycle. A decrease in glutathione levels is associated with a number of factors, including aging, stress, exposure to environmental toxins, and decreased immunity.

Oxidative stress is associated with a range of serious conditions, including asthma, inflammatory disorders, diabetes, Parkinson’s disease, and cancer. Glutathione has a protective effect against the pathogenesis of diseases through the neutralization of reactive oxygen species which cause damage to the cells.

Oral administration of glutathione is controversial and unlikely to substantially increase cellular levels. IV glutathione therapies are significantly more effective in reducing free radicals and oxidative stress as the powerful antioxidant goes directly into the bloodstream.

Glutathione also plays an important role in detoxification and is effectively used to treat non-alcoholic fatty liver disease and acute poisoning. It helps detoxify the intestinal lining, lungs, kidneys, liver, and other organs in the human body and enhances overall health.

When administered intravenously, glutathione significantly improves some indices of liver function, including GPT and bilirubin. Further proof of the efficacy of glutathione IV infusion is the reduction of malondialdehyde, which is a marker of hepatic cell damage.

Increased production of glutathione improves oxygen and blood circulation and reduces the symptoms of peripheral artery disease. Intravenous glutathione has been shown to promote vascular dilation and improve blood flow, thus potentially reducing the risk for stroke, arrhythmia, and other serious medical conditions, and heart disease.

Insulin resistance occurs when the cells in the liver, fat, and muscles become less sensitive to insulin. Insulin resistance contributes to metabolic syndrome, which makes up a broad clinical spectrum, including problems such as type 2 diabetes, high cholesterol, high blood pressure, and obesity.

Glutathione has a beneficial effect on skin health and effectively influences elasticity. Patients who receive glutathione show positive effects such as skin lightening, increased elasticity, and a significant reduction in new and old wrinkles.

Many patients seek IV treatment for its anti-melanin and anti-aging effects as well as its beauty-enhancing properties. Infusions also help improve a range of skin conditions such as hyperpigmentation, psoriasis, melasma, scars, dark marks, cystic acne, age spots, and freckles.

When glutathione levels drop, you are more vulnerable to developing immune-related disorders such as lupus, celiac disease, and rheumatoid arthritis. Autoimmune diseases cause chronic inflammation and increase oxidative stress.

Glutathione IV infusion is especially beneficial for those who suffer from autoimmune disorders because GSH protects the cells against inflammation and helps repair tissue damage caused by inflammation.

Many patients also turn to IV treatments to boost their immune system and help prevent flu and cold and complications such as sinus and ear infections, bacterial pneumonia, and worsening of conditions like asthma and congestive heart failure.

IV hydration also helps replenish fluids lost due to fever and vomiting. Adequate hydration can shorten the duration of your illness and increase your immune system’s fighting power.

Mild glutathione deficiency results in hemolytic anemia or destruction of the red blood cells and symptoms such as confusion, weakness, fever, and dizziness. Patients with moderate glutathione deficiency experience symptoms of hemolytic anemia and metabolic acidosis, which is characterized by increased acid production in the tissues and blood. Persons with severe deficiency typically have neurological symptoms such as loss of coordination, intellectual disability, and seizures.

Ways to Boost Glutathione Levels in the Body

The two main ways to boost glutathione levels in the body are oral supplements and glutathione IV therapy. Oral glutathione comes in the form of sprays, syrups, tablets, and pills. Additionally, there are intrabronchial and intranasal solutions as well as topical formulas such as face washes and creams.

One way to boost glutathione levels in the body is to consume sulfur-rich foods such as broccoli, garlic, onion, rice, fish, eggs, and meat. Other foods that stimulate the production of glutathione include whey, seaweed, flaxseed, legumes, and nuts.

Taking glutathione supplements by mouth is another way to raise your levels. Yet, studies suggest that oral supplementation is not as effective because glutathione is broken down by the digestive enzymes. Short-term oral intake has little effect on GSH levels, with no significant changes in the biomarkers of oxidative stress.

Glutathione IV treatment is more effective than oral supplementation because intravenous administration bypasses the gastrointestinal tract and delivers the powerful antioxidant directly into the bloodstream. This method not only rehydrates the body and eliminates free radicals but boosts immune health and improves a range of conditions such as epilepsy, insulin resistance, and cardiovascular disease.

What to Expect With IV Glutathione Treatments

Glutathione treatment helps improve overall health and wellness and is completely safe when administered by an experienced medical professional with proven experience and training in IV treatment. Complications and side effects are rare and mostly in the form of soreness and bruising in the injection area. That said, IV therapy is a safe and standardized procedure in the clinical setting.

Whenever you’re ready, book an appointment to incorporate IV glutathione into your plan for optimal health and wellness. 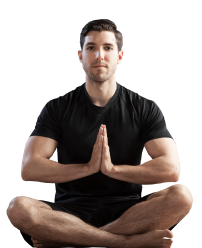 What Essential Nutrients Is Your Body Missing Most?

Take the Assessment and Get Your FREE Report Today!

Book a no obligation consultation or treatment now or visit our therapies page to learn more.